This post was inspired by a post Jillian from How to Be Myself wrote regarding one of the top questions vegetarians are asked, “What do you eat?” Every time I hear this question I roll my eyes and recite the same response I give to everyone, “I don’t eat anything with a face.”

For the past five years I’ve been a vegetarian. My decision to go down this road was based on the fact that I just never really liked meat. I ate it because it was convenient. Every meal is usually based around some kind of meat being the main course with a few veggies as a side dish. On Thanksgiving I’d fill my plate with brussel sprouts (I LOVE them), broccoli, carrots, mashed potatoes, and of course stuffing. Have you ever been involved in the process of cooking a turkey? The thought of reaching up inside the turkey to pull out the heart, giblets, neck, and other body parts I’d never like to see, makes me nauseous. On top of that, my family used to make a separate batch of stuffing including some of those internal organs.

When I was about 5 years old my Mother worked at a meat processing plant. For some reason I went to work with her one day and was escorted through part of it. Although my Mother tried to cover my eyes, I still peeked and saw headless turkeys hung by a hook, moving down a conveyor belt like they were in a conga line.

Anyway, quitting meat is probably one of the best health choices I have made. I no longer eat fast food because many of the restaurants do not have vegetarian options. When I do go out to eat I look up the menu before hand to make sure there is something I can eat. Otherwise, I just order food without the meat. Being a vegetarian has forced me to make better food choices as well. I’ll pass on the burger and fries for a salad. Vegetables are my main course and yes, I get plenty of protein. One of my favorite meals is portobello mushroom cheese steaks. Black beans are a favorite too! Did you know you can make a cake with them? On occasion I’ll eat a meat substitute like a veggie burger or ‘chicken’ nuggets. Fake meats are highly processed so, it is best to stay away from them. Being a vegetarian has also opened up my creative side when it comes to cooking. I’ve been introduced to new cuisines I may have never tried like Thai food.

Do I miss eating meat? Nope, not at all. The only downside I’ve faced while being a vegetarian is feeling like an inconvenience to those that do eat meat. I can’t tell you how many times I’ve heard, “We can’t eat there because Jamie doesn’t eat meat.” It seems to me meat eaters have more issues with those who choose not to eat meat then vice versa. The bottom line is that most vegetarians eat the same things carnivores eat, just without meat!

If you are a “curvy” girl who often struggles finding clothes that fit properly you MUST watch this video:

Being a “curvy” girl I have experienced all of these struggles firsthand. I’ve been fighting clothing to make it fit as long as I can remember. When I was a teenager in the 90’s (ugh, saying that makes me feel so old), it was extremely rare for any store to carry a pants size larger then an US size 11. All I wanted was a pair of flared jeans! Eventually I resorted to buying mens jeans, which actually fit better then womens, and made my own flared bottoms by cutting them up and sewing pieces of fabric on to make the bottoms wider.

Thankfully, things are different now and many stores carry larger sizes and cuts, but the search for the “perfect fit” still has many pitfalls. I could be a size 14 in one retailers clothing line and a size 10 in another. The size I need is sold out roughly half of the time. Shopping is beyond frustrating at times, but once you find an item that fits your body perfectly, you feel that extra boost of confidence and know that you look amazing!

I don’t believe in “one size fits all,” because each of us have our own unique shape!

In the beginning of 2013 I jumped on the running band wagon and decided I was going to run a 5K by April. I froze my butt off getting up super early before work, in the dark, to run on icy snow covered side walks. I bought a pair of $120 custom fit running shoes and started the couch to 5k program. I didn’t think I was out of shape by any means. I go to the gym on a regular basis and lifted weights. I’m not the fittest person, but I am in okay shape. When it came to running though I discovered I was a beginner. Nothing AND I MEAN NOTHING for me was harder then running. The Couch to 5k program was amazing as it slowly pushed me to run more and more not too quickly. Investing in a foam roller was the best thing I could have done as I was sore ALL of the time. After a few weeks I built up my stamina and started pushing myself. I averaged a little over 11 miles a limit, but for me that was good enough. My goal was to run a 5k and try to keep it under 30 minutes. My husband and I signed up for the Zombie Run in Philadelphia in April of 2013. Basically, you run through a course trying to avoid zombie that are trying to steal and pop balloons tied to your waist.

So for 4 months I busted my butt and was finally able to run a full 30 minutes, slowly but, I could do it. I won’t like, I HATED running. Yet, once I started I felt unstoppable. It hurt (in a good way) but it felt so good to push myself. If I had a crappy day at work I’d put on my running shoes and run it out. Afterwards I felt absolutely exhausted physically, but so much better emotionally.

We ran the 5k and I came in a little over 30 minutes. I had a hard time pacing myself since it was a bit hard to dodge zombies and run in a group of a few hundred people. I tended to try to keep up with others who ran faster then myself. Regardless, I ran the full race and was incredibly happy with myself.

Next, I wanted to tackle a 10k and then my goal was to run a marathon by the time I was 35. I thought 5 years was a reasonable amount of time to train.

Minor foot fracture as well as some torn muscle in my ankle. I was in a bit of pain before I gave up and went to the doctor. I decided to “run” through it. Bad idea. I blamed it on my shoes or the fact that I was running too much on pavement and tried to cut back as much as I could. Eventually the pain was so unbearable. After three MRI’s 2 doctors, I was put into a boot air cast and prescribed physical therapy. To this day my ankle does not feel right. I stretch, ice, and massage it but the lump above my ankle does not seem to go away. I think it may be scar tissue. It bothers me from time to time when I go for a brisk walk or use the elliptical for a long period of time, but I just deal. I’ve come to the conclusion it will never be 100% and most likely my “running days” are over. It saddens me as I never felt so physically challenged before. I imagined time and time again crossing the marathon finish line, exhausted, in pain, all while shedding tears of happiness.

In order to keep myself motivated I save several quotes that got me through those tough times, so I thought I’d share them. They can be applied to anything, running, life, or just achieving any goal. 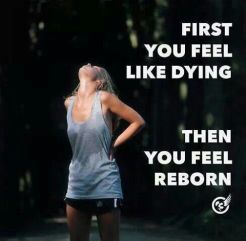 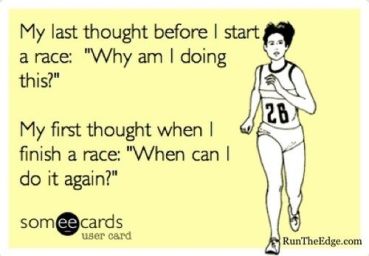 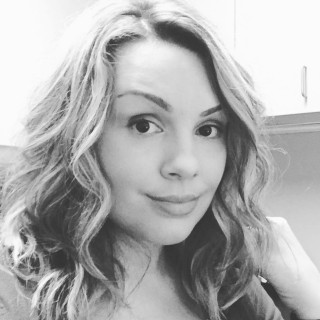